Open Carry Law took effect January 1, 2016. Citizens with a license to carry may legally carry a handgun openly or concealed. With the enactment of the Open Carry Law, it may become common to see individuals exercising their right to carry a handgun openly. Citizens should not necessarily be alarmed at the sight of an armed individual. For a handgun to be openly carried, the following conditions must be met:

Carrying of a gun while intoxicated is unlawful.

Prohibited Locations to Carry a Handgun

There are specific locations where carrying a handgun is prohibited even when properly carried with a valid license. Those locations include:

Businesses and property owners may prohibit concealed and/or open carry on their premises. Those businesses may post notice at the entrance to the property that prohibits carry. They may also give verbal notice that open or concealed carry is prohibited. It is unlawful to disregard either of the notices posted. 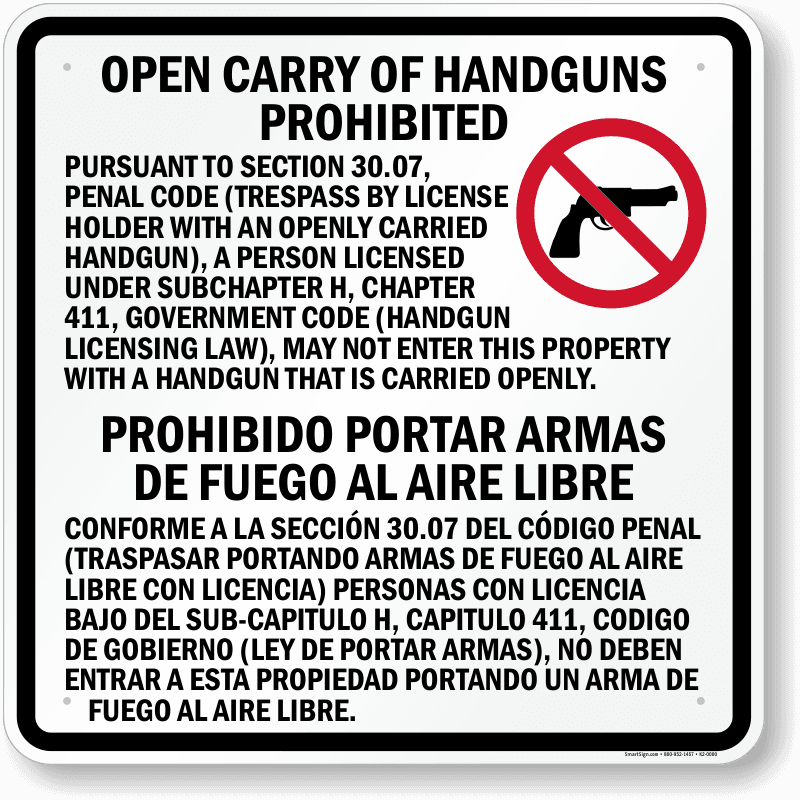 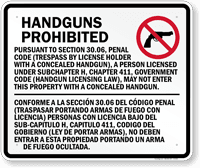