EMERGENCY ALERT Boil water notice issued for all of Killeen Read On...

The document is divided into 18 sections, most containing multiple subsections. Sections include:

The new policies include recommendations from the management audit as well as established provisions in Texas Local Government Code and Property Tax Code, the City Charter, the Government Finance Officers Association and the Governmental Accounting Standards Board.

The policies are now in place and will be reviewed and adopted annually to ensure compliance and applicability.

Killeen City Council adopted the comprehensive Capital Projects Policies (PDF) on April 10, 2018. The City of Killeen capital projects policies set forth the basic framework for the planning, development, funding, and construction of capital improvement program projects for the City.

These policies were developed within the parameters established by applicable provisions of the Texas Local Government Code, the City of Killeen Charter, and adopted City of Killeen master plans.

The City levies ad valorem (property) taxes on land, buildings, and some business personal property within the City limits. This tax is used for two primary purposes:

Ad valorem taxes are levied based on taxable values as of January of each year. Taxes are billed in October of that same year, and become delinquent February 1st of the next year.

The City levies a 1.50% sales and use tax on taxable transactions within the City limits. The total combined sales tax rate for Killeen is 8.25%, consisting of:

More details on sales tax and Killeen's historical sales tax collections can be found on the State Comptroller's website.

Franchise fees are paid by utility companies providing service within the City of Killeen, and are assessed as a percent of utility billings. This fee is sometimes called a tax, but it is actually a fee for the utility's use of public streets, alleys, rights-of-way and easements owned by the City of Killeen. Franchise fees are used to maintain and build City streets, roads, bridges, and alleyways. More information on franchise fees and rates can be found in the General Fund Section of the budget document.

The City levies a 7% tax on rooms or space in hotels within the City of Killeen. In addition, the State of Texas levies a 6% hotel tax, making the combined rate 13%. By State law, revenues from the City's hotel tax must be used to promote tourism and the convention and hotel industry in Killeen. 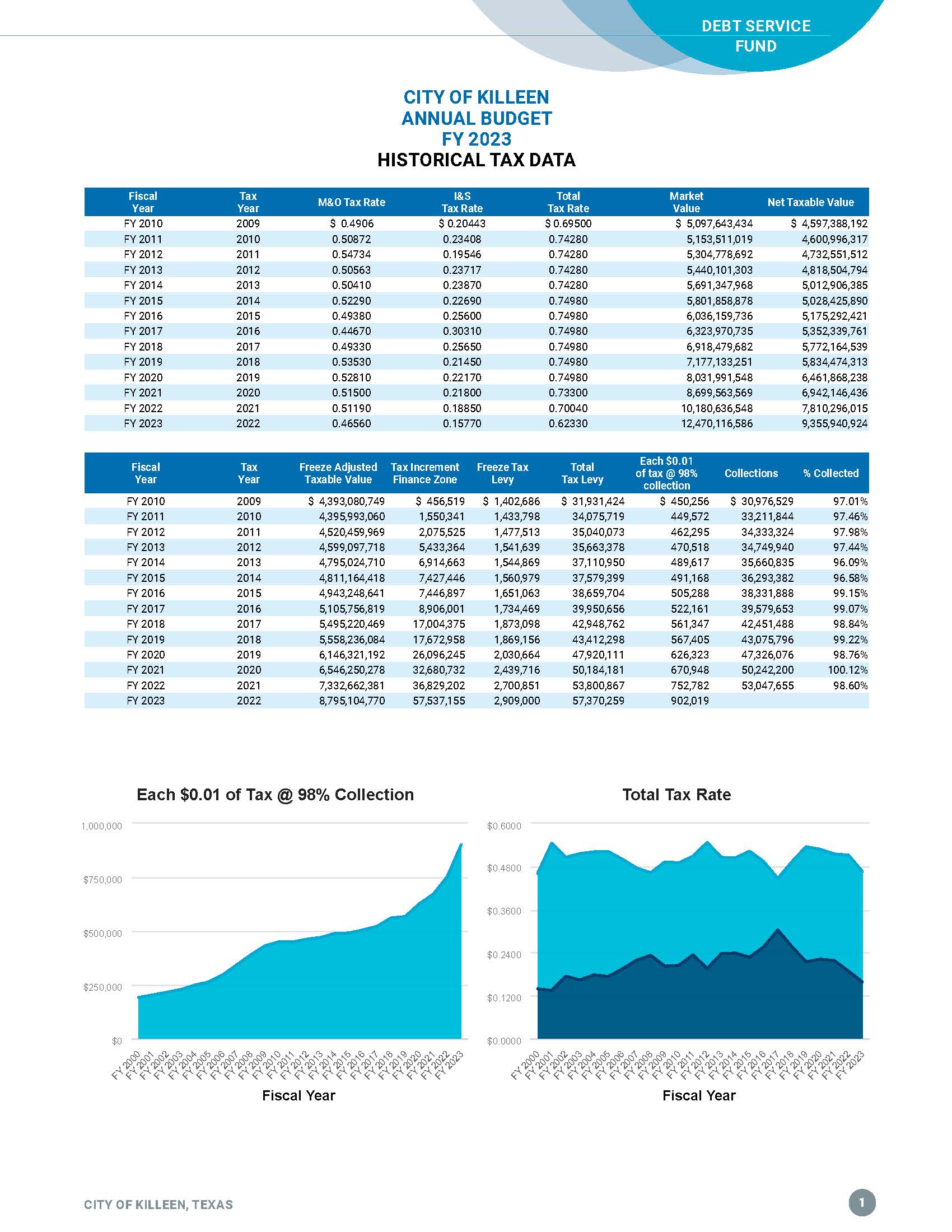 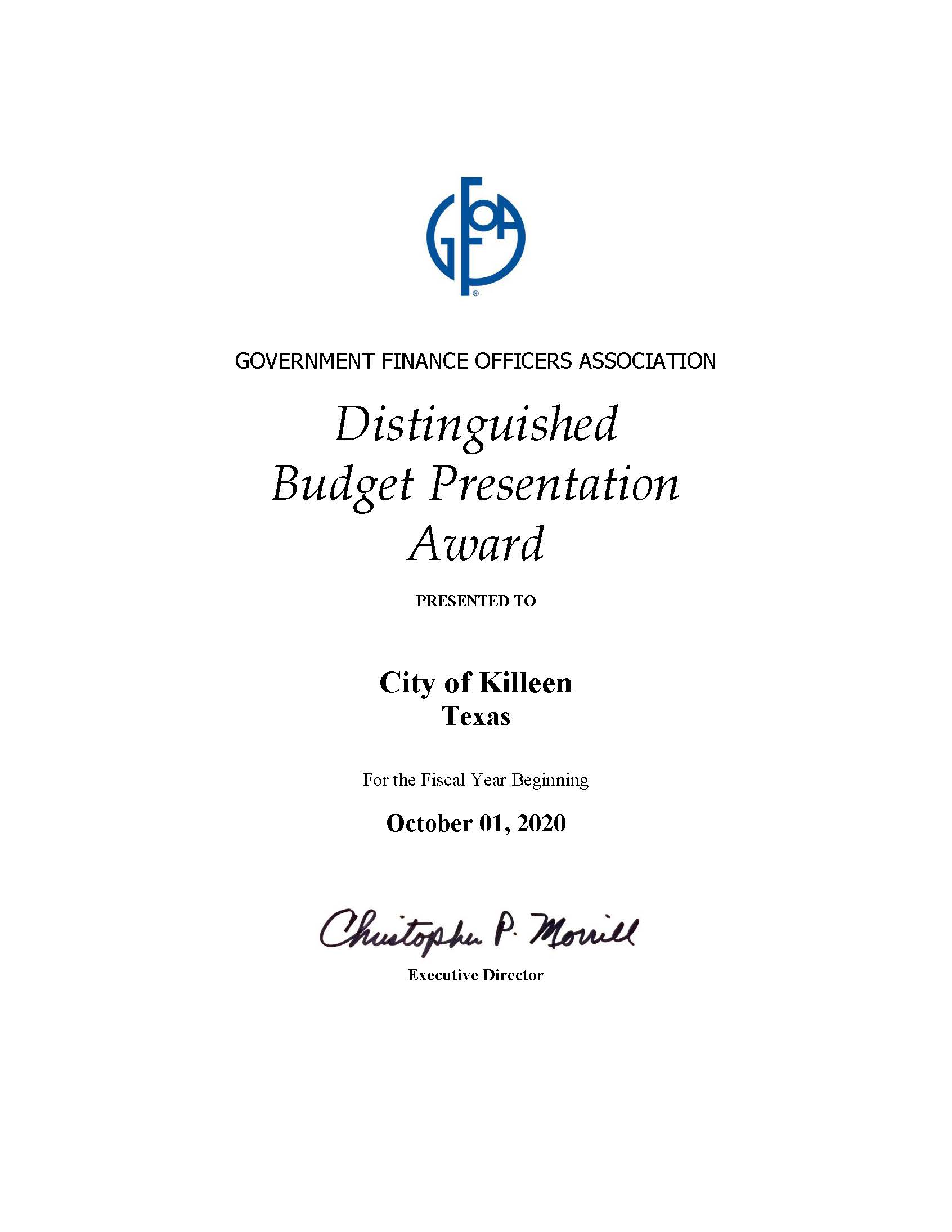 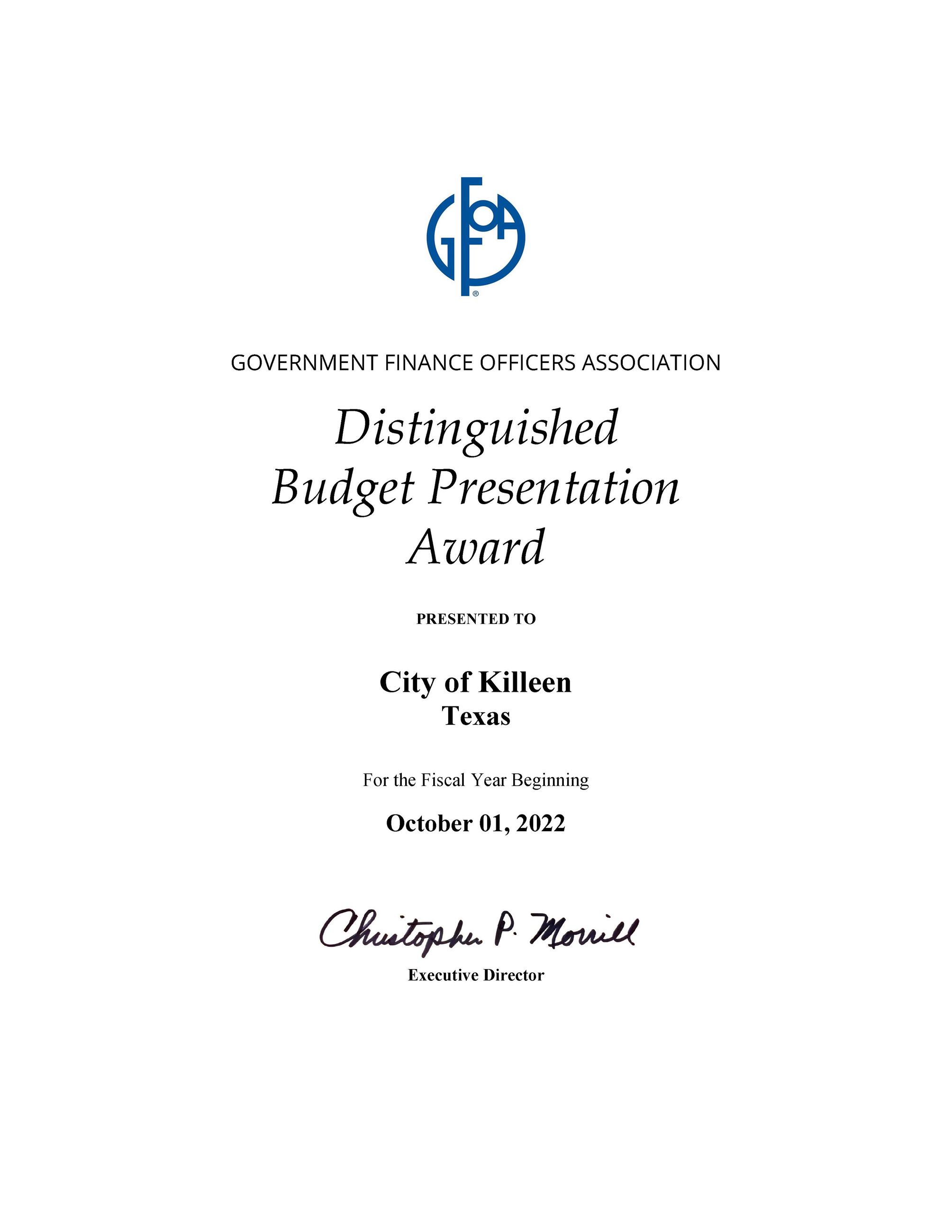